The Kinks Take On Photographic Theory 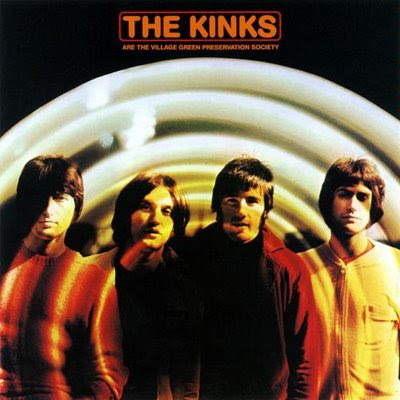 Photographic theory and rock and roll don’t mix often if at all, however I cannot think of a more complex, smart combination than The Kinks last track on The Kinks Are The Village Green Preservation Society, “People Take Pictures of Each Other.” Here Ray Davies, the Kinks lead singer and lyrical author, offers us a desperate view of how photographs function against a peppy vaudeville piano vamp.

People take pictures of the Summer,
Just in case someone thought they had missed it,
And to prove that it really existed.

Here the photograph acts as evidence recording the transitory existence of a season. And what if someone missed summer? Well I could show them a photograph of it as Davies suggests, but what would be represented in that photograph? The photograph could show a sunny beach bordered with palm trees, that whole scene. However, the beach photographed would not be your summer or anyone’s summer in fact. The photograph is generic, ambiguous and even though it describes it doesn’t describe anything specific to you. And this is one of the points Davies reveals about the medium of photography: the reality a photograph describes is subjective based on who is looking at it. Even though this argument could apply to other mediums of art, it is particularly shocking given the faithful mechanical objectivity a camera should produce.

The song goes on:

Davies sings this lyric ironically since he does not believe photographs prove anything except loss. However, the lyric does present a complex answer to why we photograph anything at all. I believe the key word in Davies hypothesis is existed. He does not say, “Just to prove that they really are existing.” In this argument what is photographed is now dead; photograph as death mask. The existing becomes the existed and the photograph is the proof. 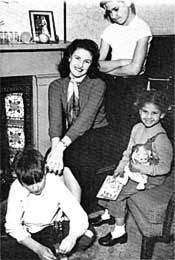 Ray Davies, Age 8 with his Mother, Sister, and Brother, 1952
The overarching theme of the The Kinks Are The Village Green Preservation Society as a concept album describes in nostalgic terms the ambiguous allure of the past, how it can never be experienced again because we are alive and time goes by. This is why Davies cries, “ Don’t show me no more please,” regarding photographs at the end of “People Take Pictures Of Each Other.” To Davies photographs are a poor substitute for the real thing. Take the photograph Davies describes in the song: he is three years old and he is standing with his mother by an old oak tree. This specific event would have lived and died within that moment, but since there is a photograph the event continues. The moment is still dead but the photograph reminds Davies that this event with his mother happened but cannot be relived. A similar thing happens in Camera Lucida when Roland Barthes discovers the "Winter Garden Photograph," which portrays his mother standing in a garden when she was five years old. Given that his mother had recently died the photograph pricks him with a unique loss and deep pain which he concludes all he can do now is await his own “total, undialectical death.” To Barthes and Davies these photographs of their mothers contain the power to move and affect; the medium at its height. However, as Barthes explains if we were to view the same photographs we would feel absolutely nothing.